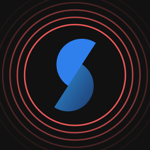 StudIO has great integration with services you already know and use: GitHub, Gists, Gitlab, … That means you won't change your habits by switching.

StudIO is native but hackable: almost everything in the app is written in pure Swift. But our editor is compatible with most CodeMirror plugins (see docs for integration).

When it comes to features, StudIO has a lot to offer: from smart code completion to SSH terminal. There are dozens of little tweaks that will make you feel like a superhero. You can also run Python scripts, or preview your website right from the editor

StudIO receives constant updates with incredible new features. The future has never been as bright. Also, the community has full power over StudIO: you want the latest and greatest theme? Just install it!

StudIO is compatible with SSH and the new Files app, which means you can directly import your code into other apps such as iSH for using a full Linux powered terminal on your device.

When using an iPad (or other devices), creating something should be fun. StudIO aims above all to let developers and enthusiasts benefit from the most enjoyable experience.

While other apps like Textastic or Buffer editor costs around 10$, StudIO only costs 4.99$. Price shouldn't be a feature, it should be a strength.