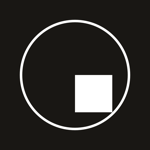 Juno is a complete Jupyter development environment for your iPad or iPhone — run notebooks locally on your device using embedded Python kernel and integrated libraries, such as SciPy, NumPy, Matplotlib and Pandas.

• Open Jupyter notebooks from anywhere in iOS with a single tap.
• Whenever you edit a notebook, all your changes will be saved in the original location, with full access to notebook directory — even when opened from another app.
• Install additional pure Python packages from PyPI (Python Package Index) with just few taps using Juno's package installer.
• Full-featured notebook editor provides complete development environment on your iPad or iPhone, with full hardware keyboard support and extended on-screen keyboard — as well as other Jupyter features, such as code completion.
• Produce rich output with your code: images, videos, HTML, Markdown and LaTeX, all wrapped into a single notebook file.
• No need for a server to run — all code is executed locally, right on your iPad or iPhone with embedded Python kernel.

WHAT ARE JUPYTER NOTEBOOKS?

Jupyter notebook is a document format that allows storing live code, markdown text, plots, images and equations in LaTeX — all wrapped into a single notebook file.

Notebook documents, or notebooks, contain the inputs and outputs of an interactive session, as well as narrative text that accompanies the code but is not meant for execution. Rich output generated by running code, including HTML, images, video, and plots, is embedded in the notebook, which makes it a complete and self-contained record of a computation.

Each notebook consists of a sequence of cells, each representing either a narrative text in a form of markdown text or HTML, or a piece of code with its text or media output. This makes notebooks both human-readable documents containing the analysis description and the results (figures, tables, etc), as well as executable documents which can be run to perform data analysis. You can use Jupyter notebook as a document with executable code in it, or simply as a playground for data manipulation and experiments.