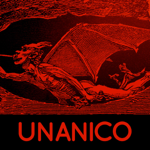 From Unanico Group and the London Stereoscopic Company, co-creators of the award-winning iTunes #1 3D stereoscopic short film “One Night in Hell” featuring original music by legendary rocker Brian May of Queen, Diableries AR App showcases all the wonderful original spooky features PLUS new fun and scary scenes with clearer and higher quality visuals operated by the ARKit!

• DIABLERIES STEREO CARDS
The cards, called 'Diableries' (which translates roughly as 'Devilments'), depict a whole imaginary underworld, populated by devils, satyrs and skeletons. Examine 24 Diableries stereo cards from Brian May’s private collection. Enlarge the cards in amazing detail with intuitive controls. Illuminate the cards transforming the view into a 'night' scene, where the dark becomes enriched with colours that magically appear, and the eyes of the skeletons macabrely shine red and big, and follow you around.

• If you own Brian May’s OWL stereoscopic viewer you can explore the cards in 3D on the beautiful retina display on iPhone and iPad.

• DIABL-O-SCOPE AUGMENTED REALITY
Inspired by the award-winning iTunes #1 3D stereoscopic short film “One Night in Hell”, in this AR app you can interact with the film’s spooky characters using the wonders of the ARKit. Launch special visual and audio effects that react to your play. Record your virtual experiences, upload and share the videos you create on YouTube, Facebook, Instagram, Snapchat and Twitter.

For more information on the Diableries 3D stereoscopic cards phenomenon check out: www.diableries.co.uk