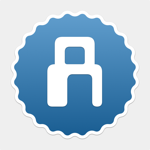 * Suffering from slow compilation and deployment times? Speed up development and testing by removing the edit/compile/deploy cycle, when you just need to change your apps configuration.

* Appfigurate app – both a Simulator and Device build – to allow you to configure your apps at runtime.
* Appfigurate library – a small static XCFramework to embed into your apps.
* Examples – Objective-C and Swift.
* Documentation.

* Appfigurate doesn't require a network connection, and it doesn't store your secrets in the cloud.

* Safely embed sensitive information such as server URLs into your app with our encrypted strings feature.